This is a blog of our preparation and cruising experiences aboard our sailboat, C-Time. There are many more posts on the other pages, so be sure to click on the "Starboard" and "Port" tabs.

Soon To Be Homeless

A very nice couple from Florida has signed a contract to purchase C-Time, and we should close the sale in the next three weeks.  We would like to thank everyone who followed our adventure, especially those who commented on the blog or sent emails.  We would love to read of others' adventures, so please share with us at svctime@blogspot.com.

In the meantime, we're in the process of changing careers.  Daniel has decided to pursue one of his childhood dreams of becoming an over-the-road truck driver, while Carla is enjoying spending time with our two grandchildren and searching for her next career. We look forward to crossing paths with our many friends, both new and existing.

Daniel & Carla
Posted by Daniel and Carla No comments:

The 2014-2015 cruising season is quickly approaching.  If you're looking for a proven Caribbean cruiser that's ready to board and go, here's your chance.  C-Time offers nearly every comfort feature you could want.  Just check out all the improvements, additions, and included items on the "For Sale" page.
Posted by Daniel and Carla 1 comment:

Yep, she's for sale.  The boat, that is.  For all the pertinent information, please click on the "C-Time For Sale" tab above.
Posted by Daniel and Carla 4 comments:

We spent another night in Nassau and even took D-Time to shore looking for a grocery store.  We were out of a few items and it was good to just get out and walk.  It was after a hard rain and the streets were wet and it was humid and hot.  Maybe walking a mile to the grocery store wasn’t such a good idea after all.  We made it back with our few purchases and then left the next day to head towards the USA.


We were going to do 3, 8 hour days, spending 2 nights on the banks (shallow area in the middle of the ocean) but we were making such good time, we decided to make it in 2, 14 hour days.  It is always a weird feeling to me to stop in the middle of the ocean and put out an anchor but we did.  We were in about 15 feet of water, and when the sun set, we just stopped and dropped the anchor.  We rocked and rolled a little throughout the night, but it wasn’t bad.  There were no other boats around except for some occasional fishing boats off in the distance.  We got up early the next morning and continued to the U.S.


We hit the gulf stream in the middle of the day and boy were we flying across it.  We usually do 6 to 7 knots and we were doing 9 knots.  We were practically speeding!  We had the jib out and were motoring, there wasn’t much wind, but we flew to the U.S.  We arrived in West Palm Beach late and left early the next morning heading towards Fort Pierce.  Our friend, Marshall, from our Charleston marina, was heading to the Bahamas and had some engine trouble and he pulled into a marina to get a part fixed.  We pulled into the same marina last night and enjoyed seeing Marshall standing on the dock to greet us.  It is always wonderful to see a smiling face you know and get a hug – he didn’t even care we were dripping in sweat.  J
In addition to catching up with Marshall, another added bonus of coming in the marina - plugging into electricity and running the air conditioners for a night!  What a treat!  Also, Marshall coaxed us into this marina with the promise of a West Marine and a Publix within walking distance.  We weren’t disappointed.  Daniel made it to West Marine and I made it to Publix this morning and I was a like a kid in a toy store.  Walking through the produce section, being about to recognize what the produce was, and the lower prices, it was wonderful.  I stared at the produce for so long, a guy said, do you need some help?  I explained I had been out of the country for 6 months and well, everything just looked so wonderful at Publix!  Then I said, “is that a vidalia onion”?  I pushed him aside and started filling up my cart.  Welcome Home!  (We are making our way up the east coast looking for a marina for C-Time to spend hurricane season.)
Posted by Daniel and Carla No comments: 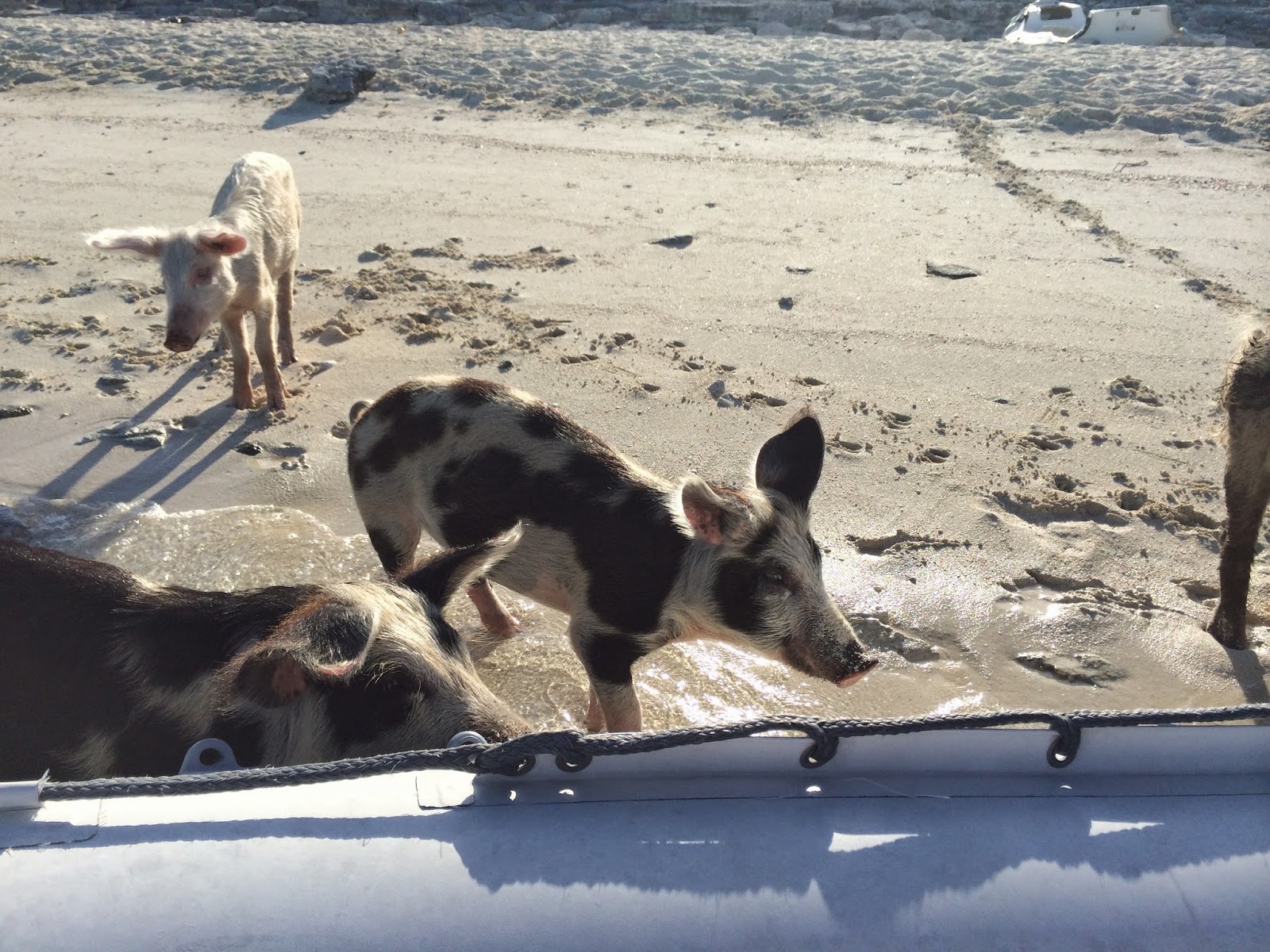